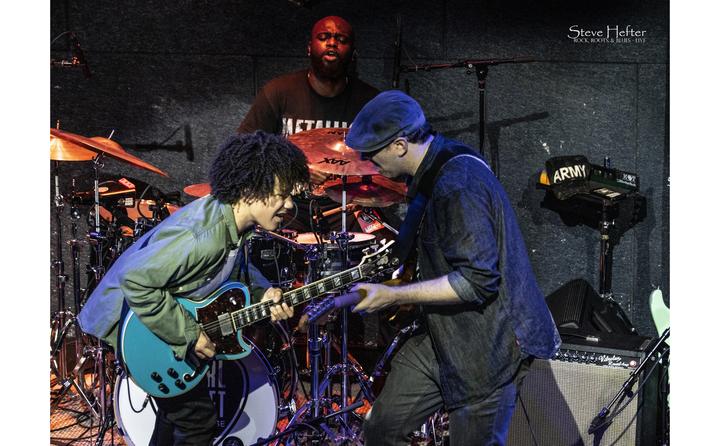 Taz and his band rocked a packed Pearl Street Warehouse on November 30, 2018, playing a few new original tunes that will be on his upcoming release, as well as the band's take on several covers. The show the following afternoon at 1:00 p.m. was just as impressive with a slight set list adjustment. I asked him if he's ever played a matinee before, watch out interview for the answer. Taz has surrounded himself with a group of talented musicians. I was impressed by each member of the band and their ability to provide a powerful compliment to Taz's guitar playing and singing. The band is: Brandon Niederauer - Guitar/Vocals; Elise Testone - Vocals; Mat Godfrey - Guitar Matt Fox - Bass; Kendell Lentz - Drums; Mark Rechler - Keyboards/Vocals.

See the photos from Rams Head On Stage.