Slide guitar virtuoso Sonny Landreth made a stop at Rams Head On Stage in Annapolis on November 12, 2019. Instead of only bringing a few guitars, his effects board, and his pure talent, he also brought with him fellow musician and steel guitar master, Cindy Cashdollar. At 68, and having accomplished more on the guitar than most, Sonny Landreth draws on his extensive knowledge of various forms of music that makes for a thoroughly entertaining evening of music.  Based mostly in classic jazz, but with his unmistakable personal style which he has honed into a sound decidedly his own.  Playing everything from covers like "Key To The Highway" and "Walkin' Blues" to some of his first original like 'Blues Attack", Sonny never disappoints, and frequently leaves audiences in awe of his sheer talent. On this night, having the lovely and talented Cindy Cashdollar to play with and off of, made for an extra special show. Cindy grew up playing with the likes of Paul Butterfield and Levon Helm, and she more than holds her own with Sonny. The audience was treated to a fantastic evening of some of the beast slide guitar anywhere. 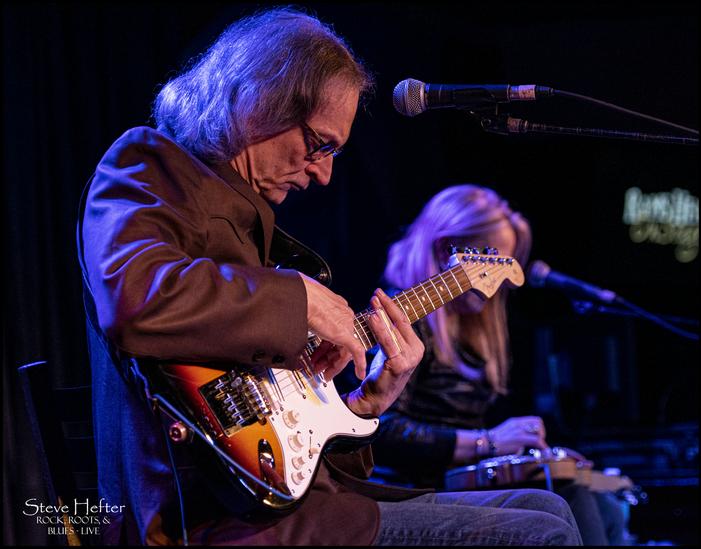