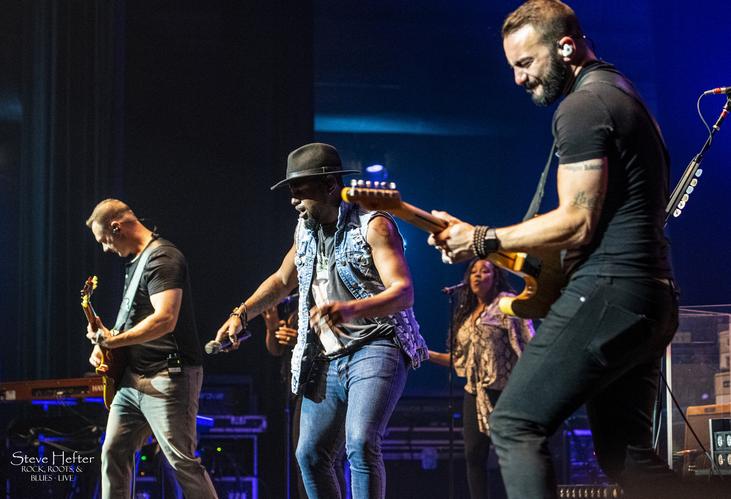 Ghost Hounds opened for ZZ Top on October 25, 2019. They had already opened for the Rolling Stones on a leg of their recent 2019 tour. Then after the 10/25 show they went on to open for, what was billed as, Bob Seger's final concert in Philadelphia. The band, Tre Nation (vocals), Johnny Baab (guitar), Thomas Tull (guitar), Bennett Miller (bass), Blaise Lanzetta (drums), Joe Munroe (keyboard) put on a great show, on tour in support of their new album, Roses Are Black.

Initially formed in the mid-2000s, by Pittsburgh Native Thomas Tull, after putting out one album, Tull found himself pulled in different, solo directions. Recently, having a strong desire to play in a rock-n-roll band again, Tull, along with producing and songwriting partners David Grissom and Kevin Bowe, and six-time Grammy Award-winning producer, engineer and mixer Vance Powell began writing music.  At the same time, Tull was pulling together the guys who would eventually make up the band. The final piece of the puzzle came together when they brought in lead singer Tre Nation, who appears to have enough energy to light a small city. A throwback to rock's heydey in the mid-to late 1970s these guys can rock! And they are rocking out to well though out rock songs. Each member bringing with them their own unique set of talents. With Ghost Hounds the whole clearly outweighs the sum of the parts. I expect big things from these guys.​