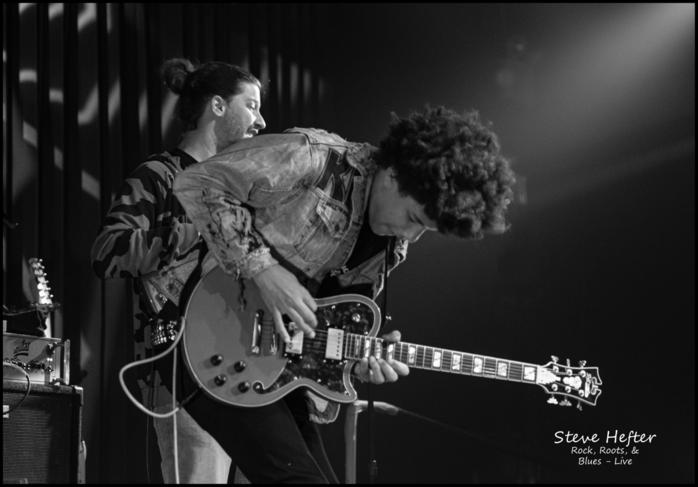 The last time I saw Brandon 'Taz" Niederauer play was almost exactly two years ago. He played a matinee show at Rams Head On Stage and before that played Pearl Street Warehouse.  When he took the stage at The Birchmere on October 21, 2020 he was two years older and about two feet taller!  Making his national television debut on the Ellen DeGeneres show at the ripe old age of ten, his career has been a blur... In 2016 he originated the role of Zack in Andrew Lloyd Weber's "School of Rock". He also played a part in Spike Lee's feature film, "She's Gotta Have It". He has played with the best of the best: multiple members of the Allman Brothers Band, including Gregg Allman, Derek Trucks, Warren Haynes, Butch Trucks, and Oteil Burbridge, as well as a variety of other notable musicians, including Buddy Guy, Stevie Nicks, Lady Gaga, Slash, Jon Batiste, Dweezil Zappa, Eric Gales, George Clinton & Parliament Funkadelic, Dr. John, Gary Clark Jr., Col. Bruce Hampton, Eric Krasno, George Porter Jr., Robert Randolph, Karl Denson, Doug Wimbish, and John Popper. He has also performed with Widespread Panic, Tedeschi Trucks Band, The String Cheese Incident, Scorpions, Umphrey's McGee, The Revivalists, Dumpstaphunk, and countless other bands. Fronting his own band now - he is slowly coming into his own.  There is zero doubt about his guitar chops, he has excellent skills, tone and pitch among them.  His attempts at writing original songs have been interesting to hear. Many are very good, and you wonder how a seventeen year old kid has the experiences to draw from to write meaningful lyrics. Somehow he pulls that off too.  He definitely won over the audience, most who had never seen him live before. The  appreciative crowd loved every minute of the jam packed set. Here is what Taz played: