The club was packed with dedicated fans and the band sounded extremely good. Playing several tunes for the first time live anywhere. As most people, I was there to see Steve Morse play the guitar. I had just seen/photographed him with Deep Purple two nights before in Washington, DC, and watching him completely change gears is pretty amazing.  The tunes were pulled from all three albums, and they sounded well rehearsed and all in the same space. The band played Blue Ocean, A Place in Your World, More, Kayla, You Are Not Alone, Forever in a Daze, The Fury of My Love, The Loss Inside, (live debut), Love Letter (live debut), Crawl, Peaceful Harbor, & Infinite Fire. As of tonight, there is only one more stateside show in 10/17/19 in St. Charles, Ill at the Arcada Theater. These guys were great and i can tell you that there is no moss on Steve Morse! ​ 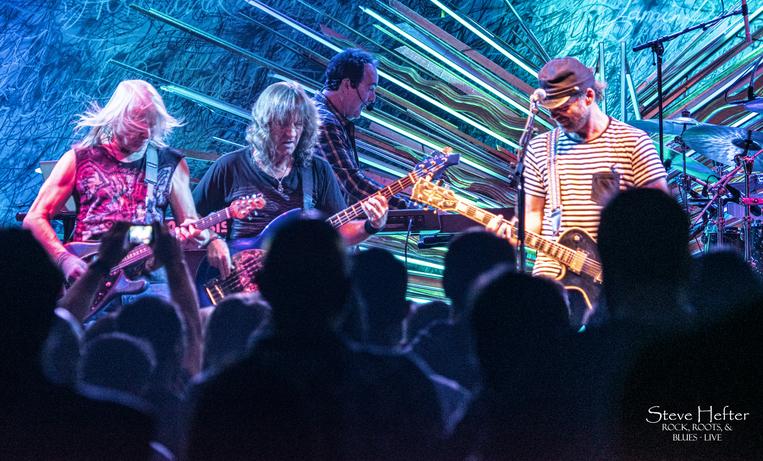