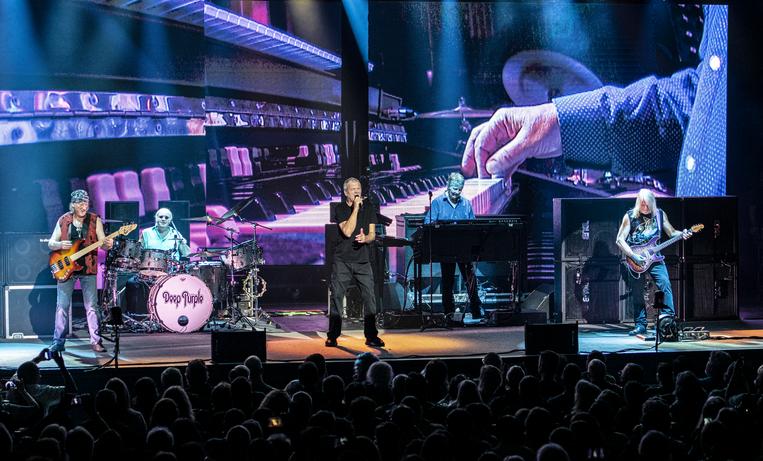 When did you first see Deep Purple? For me it was somewhere in the early 80s. And I saw them several times after. The last time I saw them was last week, in Washington, DC at the beautiful, historic theater, The Warner.  What a phenomenal ride through some of rock music's most well known songs they took the audience on! The electric atmosphere waiting for a true super rock band that pulses through an audience is something I miss. The positive energy flowing from the audience to these fantastic musicians while they cranked out classics like, "Space Truckin'", "Highway Star", and of course the ultra-classic "Smoke On The Water". Ian Gillian (vocals), Roger Glover (bass, vocals), Ian Paice (drums), Don Airey (keyboard, vocals), and guitar legend Steve Morse nailing each song with that fire and pure talent he's been showing us all for 45+ years.

The Long Goodbye tour rolls on from city to city in major part, thanking audiences for years of loyalty and of connection, as well as rocking the hell out of them! It was great to see Deep Purple live again and hear part of the score of a younger me and I hope to see them again!​