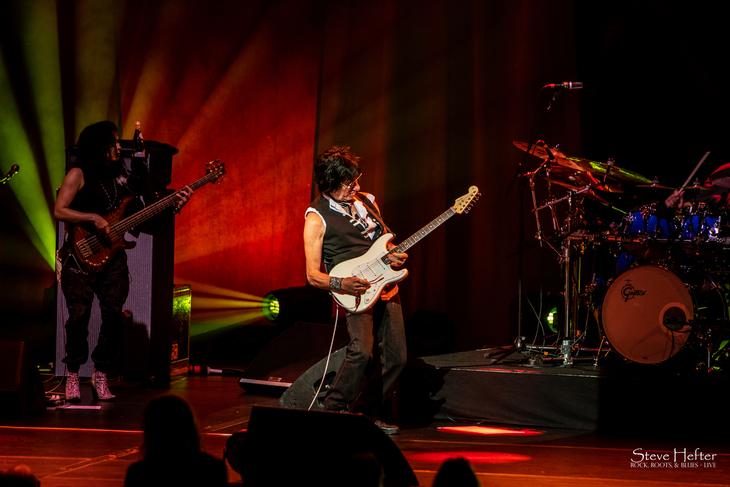 Legendary guitarist Jeff Beck brought his current band to Wolf Trap on August 20, 2018. The band included long-time Beck bassist Rhonda Smith, drummer Vinnie Colaiuta, Jimmy Hall singing, and a relatively new addition, Vanessa Freebairn-Smith on the cello. Always amazing and rarely predictable, Beck didn't play a single song from his most recent release, Loud Hailer, instead he drew heavily from covers of classics like "Little Wing", "A day In The Life", and "A Change Is Gonna Come". He also played a few of his older tunes like "Brush with the Blues" appearing on Wired, and "Big Block" appearing on Jeff Beck's Guitar Shop. No matter what song he was playing, Jeff Beck's pure mastery of the guitar was on full display. Nearly impossible to describe, his fluidity and supreme confidence in his abilities must only be able to be achieved after decades of honing his talent. Nearly four months later, I'm still struck with a sense of awe and thankfulness that Mr. Beck is still healthy and still touring, sharing his gift with audiences around the world.​