We stepped out of our "norm" (whatever that is) and hit the famous 9:30 club in Washington, DC for a killer triple bill of hard rock. We went to see Bones UK open the show. The band is Carmen Vandenberg (guitars, vocals), Rosie Bones (bass, vocals), and Heavy (drums. vocals).  Bones UK have just put out a brand new album and are touring extensively getting the word out. We first became aware of the Carmen & Rosie back in 2016 when they were asked by the one-and-only Jeff Beck to help with a new album (Loud Hailer) as well as tour with him that summer. We caught Jeff's tour at Wolf Trap then and were impressed by the performances of these two hard rocking musicians - so when we saw they were scheduled to play the 9:30 club in DC, we made it a point to be there. Nice bonus that the headliners were The Struts with The Glorious Sons playing in between. On June 12, I spoke to Carmen on the phone and we chatted about the new album, touring and writing with Jeff Beck, her musical influences, and much more. 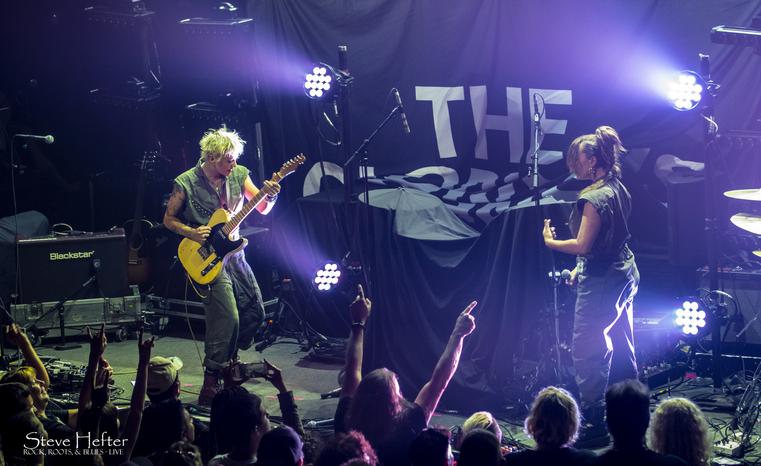