​August 1: Lyle Lovett & His Large Band with Mavis Staples. I've been a long-time fan of Lyle Lovett. It is his natural ability to intertwine a interesting, sometimes odd & intriguing, sometimes straight-forward stories with his one-of-a-kind voice and his upbeat, intricate music. With his large band, the stage is nearly overwhelmed with talent. Beginning with his long-time singing partner Francine Reed, the entire large band are at the top of their musical game in their own respective areas. From Luke Bulla on fiddle and guitar to the bassist who sits and plays the "stand-up" bass and has been with Lyle for decades, Lyle has assembled a super talented full band to tour with.  Playing a lot of his less recognizable songs that night, yet squeezing in songs like, "She Makes Me Feel Good", and, "That's Right (You're Not From Texas)" Lyle, Francine and the band brought the audience on a twenty-four song ourney. Lyle never sounded better. I guess he may be the type of artist you either love or hate, with probably not a lot of middle ground, the audience was clearly in the former group. What another great show by Lyle Lovett & His Large Band!  The audience were all treated to a very special opening set by Ms. Mavis Staples.  Her name clearly proceeds her and she brought the Wolf Trap audience to the Church of Mavis.  Passion is an understatement when describing Mavis' singing. She is absolutely immersed in the music - mind, body, and I would think, soul too. Her set was fun and inspiring and you really did know you were watching and hearing a musical legend. ​ 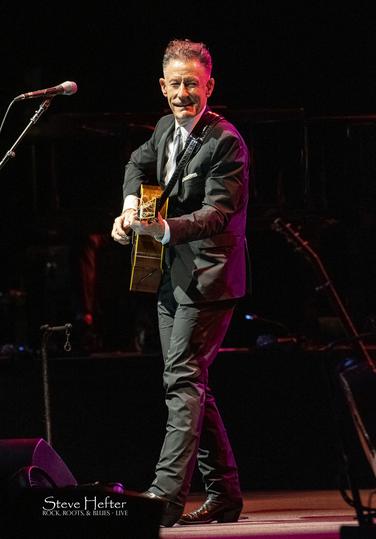 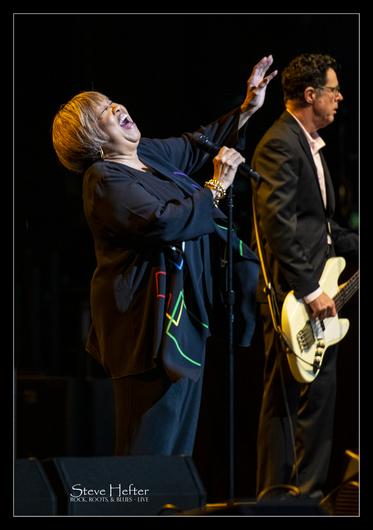