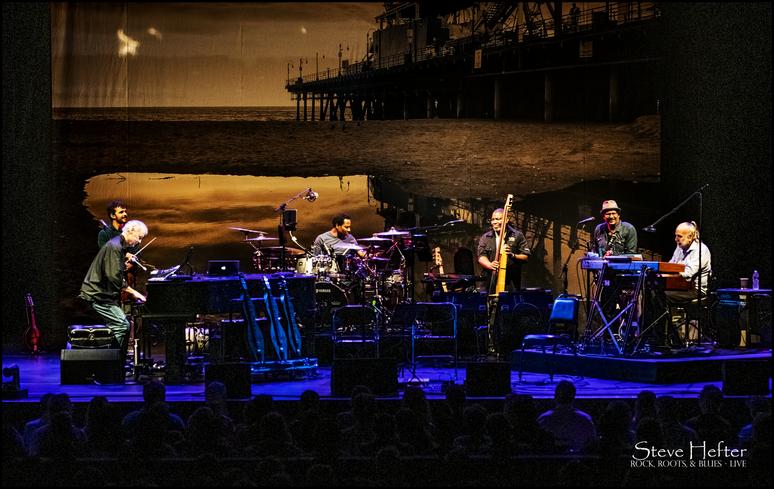 ​July 24: Bruce Hornsby & The Noisemakers & Amos Lee. Bruce Hornsby runs a super tight band. They follow his every lead and played his music flawlessly and with plenty of their own flair. Hit after hit. I had forgotten just how many FM hits Mr. Hornsby is responsible for. Bruce is prolific as well, just releasing his 21st album titled, Absolute Zero. Live, all his influences, from bluegrass to country to pop are on display. His voice sounds as good as ever, and he has fun on stage in front of he audience. The opener, Amos Lee, has a powerful voice that was the centerpiece of his set.  Singing and  playing contemporary music, of which I know little about, Amos Lee put on an uplifting, enjoyable set of music. ​​