A Conversation with Les Dudek - Part 1

Why is Les Dudek possibly the best guitarist you know but may have never heard of? The first part I can address. As for the second – I still find it curious, but am no longer surprised, when people say they’ve never heard of Les Dudek.

Thus far, Les has had a two pronged career: A highly respected and much sought after studio and touring guitar player in his early years, and an amazing solo career beginning in 1976 with the self titled release of his first solo album, Les Dudek. He is the “other” guitar on Ramblin’ Man and Jessica from the 1973 Allman Brothers Band release, Brothers And Sisters. The first LP that group recorded without Duane Allman. Les toured and recorded with Boz Scaggs, Stevie Nicks, and Steve Miller. You’ve heard him on the radio and on the recordings with all of these musicians.

Yet, while many music fans don’t know his name, he is highly regarded in varied music circles. In July, only a few days before he kicked off his east coast tour, Les spoke with me by phone. In describing to me what it takes to prepare for a tour he replied:
“Just get it together, ya know. Get some callouses on my fingers, get the house in order, and go hit it.”

And he has been hitting it. Touring with Greg Stewart on drums and Dan Walters on Bass in support of his most recent release, Delta Breeze, Les and the band played several dates in the Northeast in July. We caught his 7/13 show at Hill Country BBQ in NYC. See photos from that show here. More on that later…

Les, how is the writing process for you? What comes first when you write?

How was writing process for Delta Breeze?

Delta Breeze is a bunch of tunes I’ve written over the years and I finally had the chance to record them. I kept this album real simple. I didn’t want it to be overproduced. I just opted for it to be a raw sounding straight ahead record with the trio. That way nothing cancels anything out. You can hear the guitar. You can hear the drums, you can hear the bass. It just works.

What has changed in your music?

Nothing. I just write ‘em as they come and I just put the ones that should be together on the same record like I’ve been doing for years. I just keep doing what I’ve been doing.

On all of your albums, you always seem to have something real to say.

I’ve been listening to your music for a long time and I’ve noticed that a recurring theme in your music is that you have to be able to go it alone. That you can’t rely on anyone else to make you happy.

I guess it’s always that way. Even when you’re born you’re born alone. I guess Hendrix said it the best when he said “I’m the one that’s gotta die when it’s time for me to die.“

Who were your early influences?

Nokie Edwards was one of all-time favorites from The Ventures. He was one of my all-time heroes. He was one of the first cats that got that really cool sound. That tune, Slaughter on Tenth Avenue, caught my ear. I think it was around 1964 when they put that out. I thought they’d disappeared but they’re over in Japan kickin’ butt.  Also a lot of country pickers. A lot of the old blues greats. All of the Kings: BB, Albert, Freddie. I did a gig with Freddie once when I was with Boz Scaggs, in Tuscaloosa, Alabama. He was a big man. That was a fun gig.

Who were some of the southern pickers that were influences?

Did you pick up the guitar early, when you were a little kid?

Yeah. I started pretty early. Of course I jumped in on all the Beatles stuff. I was glued to the TV set. I had an older sister, so she was already tuned into all the music going on. In fact, it was because of her that I got into Elvis. She was playing Elvis before the Beatles came out. Then the British invasion happened and there were all kinds of new bands. It was a great era for music and for the whole concept of having three or four guys as a band going out to play some songs.

You were in your early teens then, right?

Yeah. I was already into it then. I was playing bars when I was fourteen. They’d have to sneak me in. This was before it was chic to be a young guitar prodigy (laughing). When I was growing up it was like, “hide the kid! Put him in the kitchen.” Or, “Wait in the car and we’ll call you in after the break.” Back in my day, they wouldn’t let me in. Usually the real players catch the bug early. You know if you got it or not pretty early. Look at Duane Allman. He was only twenty-four when he died and he accomplished a whole lot in a short time. He played on a lot of albums. All the Muscle Shoals recordings he was on and all the artists he recorded with.

How did you get hooked up with Dickey and the Allman Brothers?

Well, we crisscrossed a lot because we were all in Florida and we all played the same places. My keyboard player, Peter Schless, grew up over near Dickey in the Sarasota area, so he knew Dickey well. After Duane passed, he found out from Dickey that he was going to try and find some new players, because he really didn’t know what was going to happen with ABB. Peter and I got in my car one weekend and went to Macon [GA] and hung out with Dickey and jammed with him. That’s how I got involved.

So that led to the eventual recording on Brothers and Sisters?

Eventually, yeah. I was up there for a couple of years. They finally decided they were going to do another record and one night Dickey invited me out to the studio to play all the harmony parts on Ramblin’ Man, so I went and did that and kind of helped him arrange some of the guitar stuff on it. Then we did Jessica and that came out and then after that everything else took off different ways. I went with Boz Scaggs for a while. I was asked to be in Marshall Tucker.

And you turned that down why?

Well, I wasn’t ready to settle into another band just yet. I was checking out other things.  It was 1973, and I went with Boz then.  So we kind of hung out for a few years. We did The Joker tour with Steve Miller in ’74 and we did about two weeks with the Allman Brothers. We toured a lot – almost the whole year in ’74. After the Miller tour, that’s when Steve invited me up to Seattle to cut some tracks with him. We cut all the tracks that ended up on Fly Like An Eagle, Book Of Dreams, and Living In The 20th Century.  Those three albums were from those sessions.

So, how did that lead to you putting out your first solo album?

Well, after recording with Steve Miller, he invited me to come play with his band, so I moved out to San Francisco. As it turned out, Steve decided to take a year off to decide what he wanted to do with all the stuff he just recorded. So Boz asked me to do a few more weeks on tour with him. Then I was invited to this rehearsal hall in San Francisco by this guy named Herbie Herbert. He said he was putting together a band and he said he wanted the two guitar banditos of the area to play in the same band. He said he wanted me and Neal Schon to be the two guitar players and he was going to start a band and he was going to call it Journey. I said, “Ok.” So I had to report to this rehearsal hall the next week for the first rehearsal. After a few days I got a call from one of the A&R people at Columbia Records and they wanted to meet with me. It just so happens, it was right across the street from the rehearsal hall, so I said yeah, I’ll stop by. I went to the Journey thing and we were jammin’ out. Then I excused myself, went across the street and as it turned out, it was the President and Vice President of Columbia records and they offered me a solo deal. Right on the spot. I wasn’t expecting that. It kind of floored me.

So did you accept on the spot?

No. They said to call them the next day to talk about it. So I said ok, and I went home. And I actually got a call from Capitol Records that same night. They offered me a deal also. So all in one day, I could have been with Journey, or Columbia Records and have Boz Scaggs produce me, or I could go with Capitol and have Steve Miller produce me. I chose the Boz thing because we had been working together the most, so I went with Columbia.

Wow. That’s an amazing story! I cannot picture you in Journey.

Yeah, well, I was going to be. I tell ya, if they had Steve Perry in the beginning, I would have probably done the Journey thing.

Yeah. I hadn’t heard any vocals, but there were great players.  It was going to be me and Neal Schon, Gregg Rolie, Ross Valory, and Aynsley Dunbar. That was going to be the original Journey. And if they’d had Steve Perry at the time, I probably would have done it. Herbie Herbert was such a great cat man. I knew him from the city. He also had a big sound staging production company. He was just a great guy. I was really kind of flattered that he asked me to be in the band.  It was him and Lou Bramy, but I went with Columbia instead. 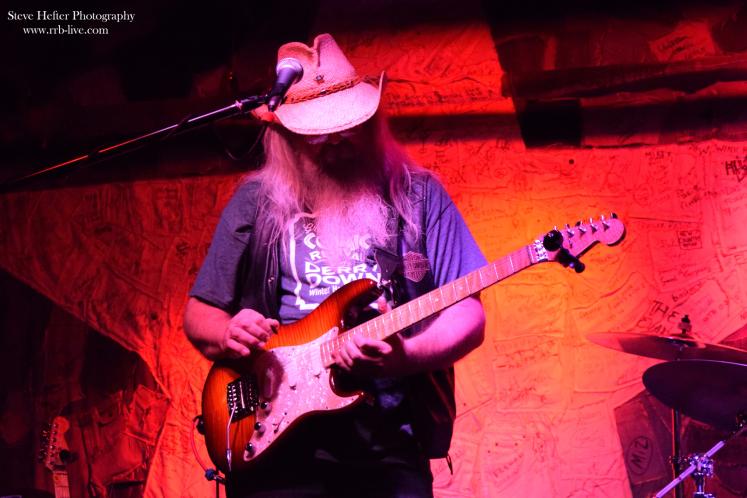