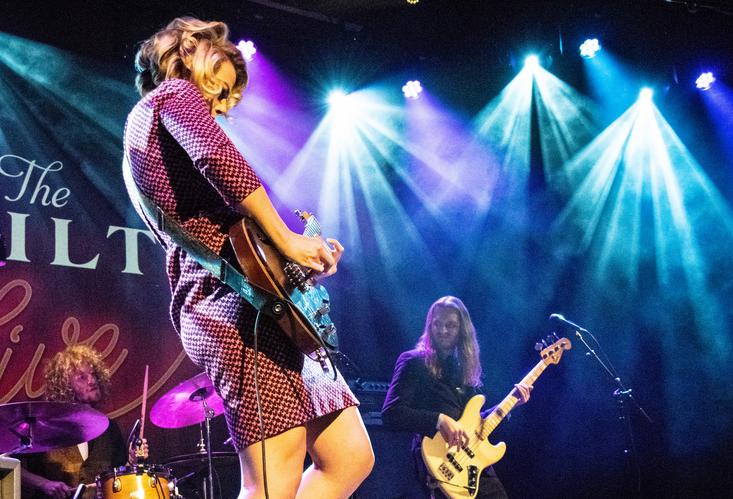 We've been following the career of blues guitarist and singer Samantha Fish since 2013. On June 6, 2018, Samantha brought her band to the stellar Washington, DC club The Hamilton and proceeded to light it on fire. Samantha has grown from a barefoot, long-haired, blues rocker into a glamorous, well coiffed, high-heeled rocker.

The look may have changed, but her passion, talent, and heart have only grown larger. She has a loyal fan base which she keeps growing by touring nearly non-stop, while still finding time to write new material. The energy level on stage is intense even with it's swings from heavy rock-based blues to her sweet, moving ballads on the acoustic guitar. Samantha captivates the audience and works hard with the band to keep things moving in the direction she wants. Long-time bassist Christopher Alexander is a major part of that. He can read her very well, as does long-time keyboardist Phil Breen. Samantha is a rock-star and knows exactly what she wants to do. This girl is a true blues/rock/guitar slinging/singing star.