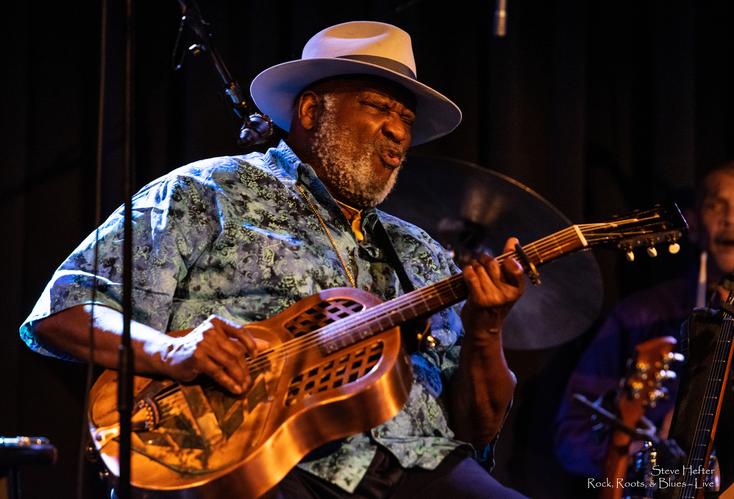 On May 30th of this year, I saw legendary bluesman Taj Mahal for the very first time. He captivated the audience every moment he was on stage. You truly had the sense of watching a man at the top of his craft; of being in the presence of a great musician. Having fun, surrounded by several of his favorite stringed instruments, he played and sang to great heights and with such intensity. The audience was enthralled and showed their complete appreciation with rousing applause and, except for the occasional "whooot!", reverent silence, as he played.

Taj Mahal has been playing the music for nearly his entire life and making music professionally since 1961 with his first band, The Elektras. He drew heavily from his 1968 release, Natch'l Blues. Having played with everybody who is anybody from Hendrix to Richie Havens to B.B. King, Taj Mahal is a survivor and is doing what he loves and keeping the blues alive. The passion and emotion in his vocals was inspiring. There didn't seem to be anything but total commitment to what he was singing and to the wonderfully talented picking, strumming, and sliding he was doing at the same time. We were honored to have been there to cover this show and to photograph Taj Mahal in his element. Can't wait to see him again.