Robert Cray is one of the smoothest blues musicians there is and he brought his ultra-tight band to The Birchmere in Alexandria, VA on May 22, 2017. Featuring music from his latest release, Robert Cray & Hi Rhythm, Mr. Cray showcased his silky, singular vocals that mesh seamlessly with his multi-layered guitar playing. He and his band are deceptively good. They are so fluid and in sync with each other, you almost forget you are watching a live performance. Graceful and organic, the band slid into one song after another, some, instantly recognizable hits like, "Strong Persuader" from the album of the same name (it's been 31 years since the release of that album!). Mr. Cray's guitar playing and vocals are essentially one "voice" - one message, and it is something appreciate, something to sit back and revel in. Rarely will you see a live performance of this caliber. Each time I've seen Robert Cray, a little part of me hopes he will take an unscheduled ten minute guitar solo - the kind we know he is capable of, the kind of playing that would leave your jaw on the ground. Make no mistake though - there is no disappointment here - his show is a thing of beauty, something other artists strive to achieve. His long-time bass player Richard Cousins is extremely talented and sets the beat, working in magical runs on his bass. Dover Weinberg on keys seems to always be having fun. When his solos come up - they are happy blues - joyous jams that add to the story. Terrence Clark and Mr. Cousins work wonderfully off each other while Mr. Clark lends his vocals to several songs. 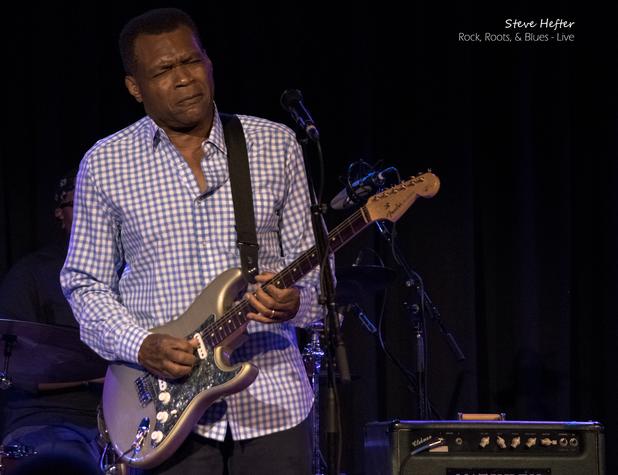