I had major technical issues with my mic. Thwap! (sound of slapping forehead). If it had been the other way around, I would have come away with nothing and wasted 30 minutes of Albert's time. Luckily, that's wasn't the case and I came away with a great interview from a great player with an amazing story who is interesting, funny, & totally excited about what he does. I hope you enjoy it - I had a great time talking with Albert! 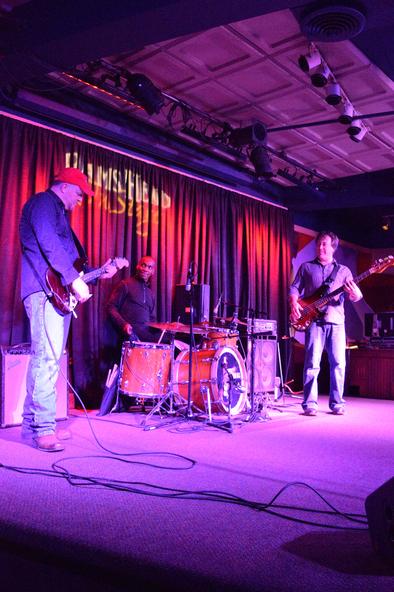 On Friday March 29, 2014, ​​​Albert Cummings played Rams Head On Stage in Annapolis, MD. Albert is a true blues man, a throwback guitar player, and a progressive song writer who is having an absolute blast writing and playing music. Albert, Warren Grant (Drums), and Karl Allweier (Bass) rocked a small, yet appreciative crowd. Albert played music spanning his career and threw in a few brand new songs from his upcoming release, "Someone Like You" scheduled to be released in July.

Albert has developed his own unique style of picking and "vamping" as he tells me in our interview, which reflects all the great blues guitarists of the past. I had never seen him live before - what a show! Besides Albert's undeniable talent as a blues guitar payer, he also has an amazing, soulful voice that you might not expect by just seeing and hearing him talk.  I'll be sure to catch him whenever I get the chance in the future. I hope you do too.