On January 27, 2018 brothers Oliver and Chris Wood, and Jano Rix brought their tour to the Lincoln Theater in Washington, DC. Their latest recording, One Drop of Truth, was to be released just days after the show and the music from the album made up a good part of the show. The last time I saw The Wood Brothers, they, along with Hot Tuna, were opening for the Tedeschi Trucks Band. On this night, they were the headliners, and deservedly so. Their unique folksy, rock, ballad-jam style of music draws you in and never looses the listener. Each are multi-talented musicians. It is Oliver Wood's presence and guitar playing that first catches your attention. His brother Chris plays the stand-up bass for a lot of the songs and is equally talented, and as the show builds, it is his passion and energy that at times takes over, usually leading to a very cool free-form dance with and without his bass as a dancing partner. Jano Rix plays a multitude of instruments, from a small drum kit to a melodica (a type of blow organ). The formation of the band is interesting with Oliver and Chris both successful musicians prior to forming The Wood Brothers, though each taking very different paths. I am excited to see where (musically) they take the band next. Get out and see them if you can. 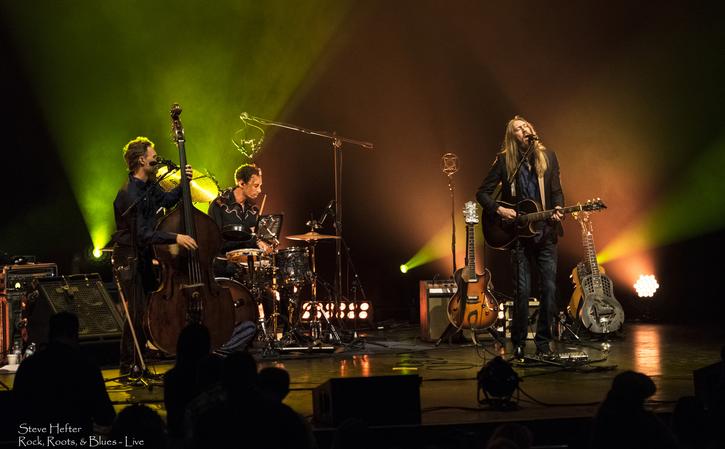