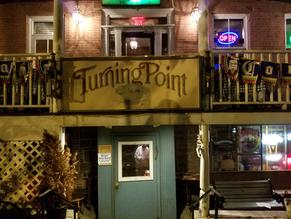 Out From The Center - Bruce Katz Band

Bruce Katz found time during a break from his busy touring schedule to get back in the studio and record Out From The Center, released September 16, 2016 by American Showplace Music. The CD is credited as Bruce Katz Band featuring Chris Vitarello, giving special recognition to Chris singing four tunes and writing or co-writing a number of others.

“Don’t Feel So Good Today”, the first cut, jumps right out with a boogie-woogie/jump blues, showcasing the stellar piano playing of Bruce Katz, and is an immediate jolt of energy that says buckle up you are in for a ride. And we are quickly riding the rails of track #2, “Schnapps Man”. Another high energy song with rockin’ guitar and psychedelic organ. Is it rock? Jazz? Soul? Bruce brings it all into play.

“The Struggle Inside” is a deep blues by Chris Vitarello. Singing a plaintive plea, the guy in this song is sounding distraught. It is heavy,and Bruce’s organ takes you to church. “Blues From High Point Mountain” is a bluesy instrumental featuring piano and guitar. Bruce’s playing is textbook in the sense that it contains the elements that make it authentic. But at the same time, this is living, breathing, music of today, with reminders of the great music that came before.

Did you ever hear a song for the first time and think I’ve heard this song before? But then realize, no, this is something new. It’s recognizable because it brings together a familiar sound and feel, but is an awesome new song destined to be take its’ place as an achievement in its’ own right. "Out From The Center (Hippie Tune)” stands out as one of those songs. Very evocative. It has elements of soul, blues, jazz, and old Grateful Dead jams. It includes Peter Bennet on bass guitar and Jimmy Bennet on lap steel guitar.

“All Torn Up”, another Chris Vitarello song, brings us back to a standard blues with Bruce’s standout organ with a walking bass line, and Chris doing a good job on vocal and guitar. A real good- feel shuffle. Next, with “Bessie’s Bounce”, Bruce takes us back to an old-time blues show tune feel. Once again, wonderful execution and feel on the piano. I think that’s a bit of ragtime there.

I couldn’t hear “Dis-Funkshunal” without different body parts starting to move about. It takes control of you physically. Perhaps this song should be banned as subversive. An updated version of organ trio funk. Ralph Rosen’s drums suddenly come to the fore with a cookin’ groove. What’s happened here, I realize, is that Ralph’s drumming throughout has been so right for each song that I haven’t been taking much notice. I believe that’s one of the highest compliments you can give a drummer. The next song is the one song on the album composed by Ralph. A standard blues with Ralph adding background vocals. “Another Show” reflects his laid-back sense of humor, with Bruce giving us another tour de-force on blues/rock n’ roll piano.

The title of “Think Fast” gives away what is obvious. The band busting loose in a jazz jump frenzy led by Bruce’s organ. The CD concludes with a deep organ blues, “You Got It”. As I write this, the CD is high on the Blues Radio charts and Roots Music Report.

In this not-radio-friendly era of digital downloads, it is reassuring that quality music is being recognized and rewarded. ​Bruce Katz is at the top of his game, and at the top of the charts. ​ 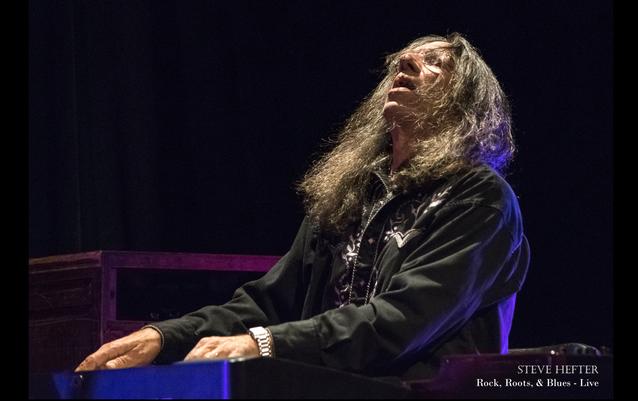 The Turning Point is located in Piermont, NY. A basement club that seats (I’m

guessing) about 75 people, it has a “soundbooth” instead of a soundboard. It is next

to the entrance, the size of a very small closet, and has all kinds of wires and cables

sticking out in all directions. There is a family feel to the place - a unique place in a

quaint, upscale town. Many a nationally touring artist comes in for a night. Hearing

and seeing The Bruce Katz Band live is a special experience. They take you to church

in the sense of the gospel experience of rising tides of emotion and jubilation. The sounds of the organ as played by Bruce are extremely  visceral, rumbling up from the floorboards, through your feet, into your stomach, and you are feeling the music. Chris Vitarello’s guitar and vocals are outstanding, Ray Hangen is in the background, but he’s doing what all good drummers do, providing just the right accompaniment to make the music shine. Bruce Katz’s mastery of the keyboards and the different genres of blues based music is on full display.

Here is a synopsis of the show: Kicking off with “All Torn Up”, the band is quickly deep into the music and the crowd quickly engaged. As an introduction to the next song, Bruce related the story of being in an inn in Germany after a show where the proprietor would not stop serving them round after round of liquor, and the guys got seriously drunk. The experience gave the song its title – “Schnapps Man”. “Blues Before Sunrise” follows. A classic blues. Due to his association with The Allman Brothers Band, Bruce often includes an ABB song in his shows. This night, the BKB played “Stand Back”, with Chris doing a great job on vocals. It is always interesting to hear BKB do a faithful version of a song like this with just keyboards, guitar and drums. Next up, “You Got It” – Bruce introduces the song by way of how it got its’ title. While in NJ, where the CD was recorded, whenever in conversation with a New Jerseyan, in reply to whatever comment Bruce made, the response would be “you got it”.

“Out From The Center (Hippie Tune)” is an exceptional song. Beginning with a peaceful, soulful groove, it builds in intensity, and the passion of the musicians and the song take over the room completely. “Don’t Feel So Good”, the opening track of the CD, keeps the mood going. “The Struggle Inside” seems to call for an assessment of sorts. We’re going to church here, and there is an ackowledgement that the road is not always smooth, but it is always emotional. Bruce introduced “Hippology” as the most covered of his songs. He said he’s not sure why, but maybe it’s because it’s a simple-to-play song. It doesn’t sound simple. It does sound hip. “Dis-Funkshunal” then has everyone in full head-nodding, foot-tapping mode with the funk. The band brings the show to a close with “Drown In My Own Tears”, the Ray Charles classic. It is both an homage and a reminder of the origins of the soul and blues styles rooted in a gospel vein. The appreciative and energized audience doesn’t want the good vibes to end and Bruce and the band come back for an encore. Feeling loose ad confident, Bruce says, “hey, we’re gonna try this one, though we haven’t been rehearsing it”, and surprises everyone with the Grateful Dead song “Bertha”. And a very good time was had by all.