On May 20th Big Dog, the new Album from Albert Castiglia, will be released. From the first white hot licks of the title song “Let the Big Dog Eat” to the remarkable ballad “Somehow” – co-written with the one and only Cyril Neville, this album marks a turning point for Albert. Each of his previous six studio albums were strong in their own right, of note, his last album Solid Ground, released in April of 2014. Each album showcased the seemingly endless supply of supercharged energy Albert brings.

in Maurice, LA, and released on the Ruf record label, all the pieces

have fallen into place on this album, and Albert has surrounded himself

with plenty of talent. Mike Zito – ace blues guitarist himself – has

produced several albums in recent years, including Runaway and Black

Wind Howlin' by Samantha Fish. “You know he [Mike Zito] helped get me

the deal with Ruf.” Albert tells me, “And I know that he did great work

with Samantha.  I had always wanted to work with him and I felt I

owed him so I offered him the opportunity to produce. And it was a

great move. Thomas [Ruf] and him had the same vision I did, I wanted

it [Big Dog] to be a raw, rockin’ blues-rock album. There is a lot of different

stuff on there, and I got to co-write some great songs with some great artists, and I was able to smooth out the edges with some ballads. It balanced it out a little bit.” This is one of the reasons I think Big Dog is likely a defining piece of work for Albert – the balance between the heavy, whirlwind guitar he’s known for and a softer, more lyrical Albert Castiglia, singing and playing the kind of throwback blues his fans have wanted to hear more of.

Big Dog opens with a direct, on point, blistering guitar lead followed by strong, growling vocals on the title track “Let the Big Dogs Eat”. At first, this song sounds familiar. When I asked Albert about it he said. “Me and Mike were talking about who we were going to channel when we did this record. The common core of guys were Johnny Winter, Buddy Guy, and Luther Allison. They were the three biggies. When I hear “Let The Big Dog Eat”, and I didn’t really think about it until I got the final mix, was that Johnny Winter album, Let Me In. I think he kicks off with “Illustrated Man” and it kicked me in the ass a little bit too, the same way that record did.” That’s exactly what it reminded me of, the same explosion of passionate playing and singing that surrounds you from the first note. “We changed the arrangement around a little bit. I had been doing it live for the last year, but one of Mike’s suggestions was to just go in there blazing with a solo. The original version was done by Bill Wharton, the "Sauce Boss”, but this is way different from the way he did it, certainly different from the way I was brining it on stage. There was a modulation from D to E in the solo break where we changed keys, and that was completely different.”

Not only did Mike Zito produce the album, his band, The Wheel, play on the album with Albert. Mike also wrote the second song “Don’t Let Them Fool Ya”. He and Albert join forces on this rocking number about being careful with women. Albert and Mike trade licks with Mike throwing in a “What?” in response to Albert’s line, “She cooked me three meals a day”. This is a true balls-to-the-wall blues song.

I told Albert how much I liked the third song on the album, “Get Your Ass in the Van”, which also has a distinctive Johnny Winter feeling to it with its heavy slide work laid over a blues standard recipe. It’s also a pretty funny tune with lyrics like, “This ain’t no American Idol, ain’t no deals being made at the crossroads”.  “That didn’t take me any time to write”, said Albert, “ I think I got one too many whiny Facebook posts on my page about how hard the business is and how paying your dues is overrated and I went home from a gig and just wrote the song in like five minutes. There are a handful of guys out there that think they should be famous today and they don’t have to do any of the heavy lifting. I was reading somebody’s post and it just kind of set me off. Rather than getting into a Facebook war with somebody, I just kind of channeled it into my music and that’s how the song came about.  I think everyone can relate to the song. Not just musicians. You have to work your ass off.  Every day. It’s part of life.”  I think this throws a real light on what makes Albert Castiglia tick. He works hard on stage, as anyone who’s ever seen him live will tell you, but he works hard off stage as well.

I asked Albert how the slower, ballad-type tunes on the album came about. Albert said, “I co-wrote a song with Cyril Neville. He sent me some lyrics and he’s able to paint such a great picture with his lyrics that I knew what kind of direction I would put the song in musically. When I saw the lyrics I said this is definitely a ballad. You never know where the winds of creativity will blow you.” This song, “Somehow”, is the last cut on the album – a slow melodic blues story, asking, in general, what has happened to society? Listening to Albert slow his playing and singing to convey Cyril‘s vision you get the feeling that Albert has only scratched the surface of his talent with his heartfelt singing, “I know we’re gonna make it, somehow”.

Big Dog highlights all of Albert’s strengths, “Mike really pushed me to do things I didn’t think were possible. Mike really pushed me to take chances vocally, like on ‘Somehow’. When I did the demos for it, my vocals were kind of in the low register and when we brought it into the studio he [Mike Zito] said, ‘You should just push it up a little bit – hit the higher register, just sing as high as you can.’ He was able to get a lot of crazy shit out of me. Then, I had a riff, a real mellow riff that I didn’t have words to and I brought it to Joel Zoss who wrote songs on Bonnie Raitt’s first albums, and he had some beautiful lyrics to the riffs I had, and that was ‘Let’s make Love In The Morning’. So I had those two ballads and then the songs I wrote were kind of hard-edged like I normally am (laughing). It was a nice balance.” “Let’s Make Love in the Morning” has a smooth, sexy feel to it, with a tinge of country or southern rock infused into it – the guitar work is soft and happy. This song shows just how talented a singer Albert really is. Nearly effortlessly, this song flows.

“The Luther Allison song ‘Drowning at the Bottom’, Mike picked that one and that was one of the more vocally challenging songs of his. Luther is a tough guy to cover because he sings so high. There’s two guys like that I’ve always found difficult to cover, him [Luther Allison] and Freddie King. I think things would have been much different if somebody else produced me, He really did a great job getting me out of my comfort zone and it paid off.”  This is very similar to what Samantha Fish had told me about Mike Zito in an interview I did with her last year.

The two and half minute rockabillyish tune, “What I Like About Miami” with the cool guitar hook, and the drum-backed vocals, “…I never meant to stay, and that’s what I like about Miami” is a quick, fun, funky number.

“Easy Distance” is a rock song from the beginning – a catchy bass lead yields to Albert’s deliberate guitar build up. A change of keys right before the lead and Albert is off – and then right back with the vocals. Played live I can see the folks dancing already.

Albert shows his southern rock influence in the heavy jam “Where the Devil Makes His Deals” – including a wailing harmonica from Johnny Sansone perfectly complementing Albert’s playing. The story of a man in Alabama – soulless, “singing the blues on Tuesdays in a bar outside Mobile”.

“What the Hell Was I Thinking” boogie-woogies itself down to your toes. Great piano work leads Albert right to his sweet spot – kicking out an Outlaws tinged lead. This song is in the perfect range for Albert’s voice.

Knowing only the very basics about Dockside studios, I asked Albert to tell

me about recording there. “In 1996 Junior Wells recorded his last studio

album there. He actually recoded three albums there. I joined the band

shortly after that in 1997. Junior and his road manager used to tell me

how great that studio was. And how magical and what a joy it was to

record there. It was like Disneyland, the way they told the stories about

how great it was. So I think ok, maybe one day I’ll record there, you know,

not believing I would ever really record there. Originally we were going to

try to record it at Muscle Shoals, but due to logistics, we couldn’t. Mike said

it would be really tough to make that work so why don’t we record over at Dockside. I asked, ‘What did you say?’, and he said, ‘Yeah, Dockside.’ I said to Mike, ‘Yeah – let’s do it’.” I asked Albert, “Did Mike know your story?” Albert answers, “No, he knew my history but not to that extent. He didn’t know I knew about Dockside, he really didn’t know about Junior’s connection with it, or my connection with it. So when he suggested it, I took it as a sign.”

Albert goes on, “When we got there, it’s beautiful. It’s a barn with twelve acres, two houses – the owners have a big house then there’s a guest house where the artists stay, and there’s the barn with the studio.  And it was everything Junior had told me about. It had a lot of mojo to it. They have these two Neve consoles. If you’ve ever seen the documentary, Sound City, it was a dingy little studio in LA, but the secret to the success of the studio was this handmade recording console called The Neve. It was a handmade $75,000 board. When the studio went out of business, Dave Grohl bought it and put into his place. Well, the studio in Louisiana had two of them, and they are the best sounding boards ever. I think that was a big part why the album sounds so good. They fused two of them together to make a 48 track soundboard.  When I got there I could feel Junior’s presence. It was a great atmosphere the whole week. I was almost in tears a couple of times. I was there, I just couldn’t believe I was there. You know, it’s funny how things go full circle. Twenty years ago I was working in a welfare office. Nineteen years ago I got a job working with Junior. I never though in a million years I’d be recoding my own record there. It was quite serendipitous.” The respect and gratitude Albert has is readily apparent when talking to him. He remembers where he came from and the lessons he learned. Big Dog shows just how far Albert Castiglia has come and leaves the listener with a sense of excitement as to where he could be going next. 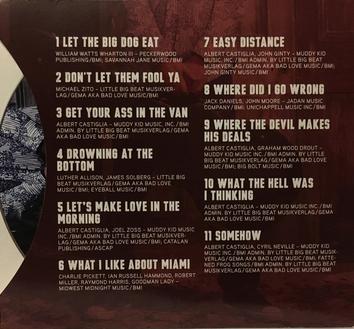 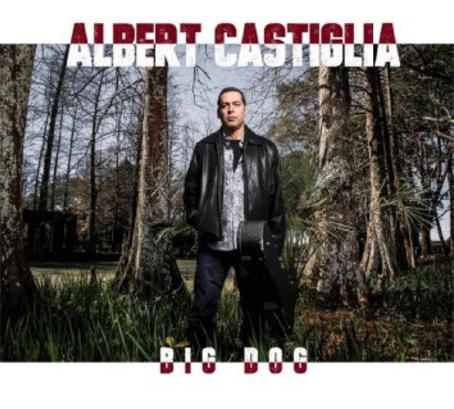 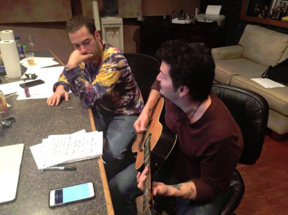 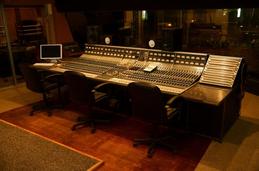