Davy Knowles loves his 1966 Telecaster - and together they crank out intelligent, soulful, hard-edged blues. On tour in support of his new album, Three Miles From Avalon, Davy (and his Telecaster) played the Bethesda Blues & Jazz Supper Club in Bethesda, MD on November 25, 2015. Joined by brothers Gary Grainger (bass) and Greg Grainger (drums), Davy put on a rockin' show filled with both old and new music.

Of note early in the show was "Gotta Leave" from the album Backdoor Slam: Roll Away. This late night, smoky nightclub tune builds to a full on electric romp and showcases Davy's soulful vocals as well as his considerable Rory Gallagher-esque talents on the guitar. He and the band covered a dozen songs in two sets of fierce, raw blues. Hats off to Davy and I'm looking forward to seeing him again soon. 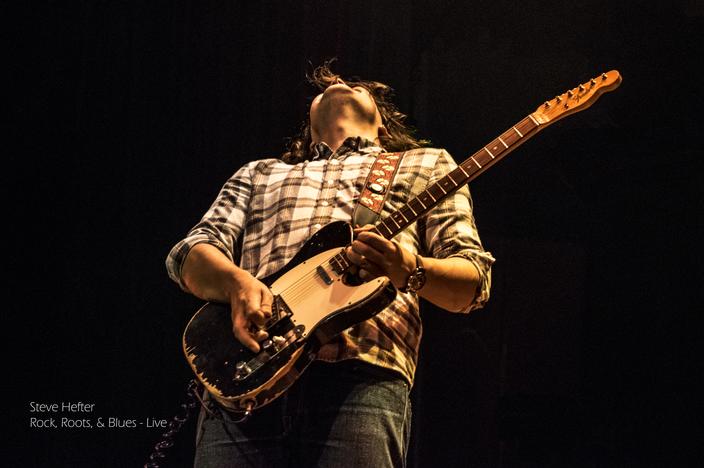