Tab Benoit brought his powerhouse brand of Cajun blues/rock to the legendary Birchmere on November 18, 2020.  Together with long-time bassist Corey Duplechin and drummer Terence Higgins, the trio tore through some of Tab's biggest hits; many of them from his super popular album, Medicine, released on April 26, 2011.  The Birchmere has been hosting socially distant, concerts for several months now. All patrons are required to have heir temperature taken at the door and to wear masks throughout the entire time in the building, with the exception of if you are enjoying one of their tasty menu items.  This show marked my fourt time to the club in the past few months, and I never once felt unsafe. So - hats off to the original club owner, Gary Oelze, who opened this world renowned venue in 1966, and all the staff, all putting safety of their patrons first.

As always, Tab led the audience through his large catalogue of songs, most of them showing off his amazing guitar prowess.  Tab is one of the few guitar players that play without a jammed packed pedal board - he plugs his Fender thin line telecasters directly into his Cat 5 amplifier and he is off!  Zero effects, pedals, or anything that would change his overall sound.  With Tab, what you see is what you get, and that always is a concert filed with his amazing natural playing ability and his voice which compliments his blues sound.  As is normally the case, the raucous, havey rocking tunes are interspersed with Tab's legendary comedy.  While touching on some of the same topics in each show, his on-point sense of humor is punctuated with perfect timing making for an evening of amazing orginal music as well as a mini-comedy show! In addition to his extreme musical talent, Tab is also funny as hell.  Tab's shows include timely ballads as well.  This was the first of two consecutive shows he put on at the club.

The band powered through the following:

1. Why Are People Like That? (Muddy Waters cover); 2.The Blues Is Here to Stay (Cyril Neville cover); 3.Fever for the Bayou
(preceded by Happy Birthday sung to Tab by the audience); 4. These Arms of Mine (Otis Redding cover); 5. It's Alright; 6. Darkness; Shelter Me (Buddy Miller cover); 7. (Unknown); 8. One Foot in the Bayou (Filé cover); 9 New Orleans Ladies
(LeRoux cover); 10.Sac-au-lait Fishing; Encore:Night Train​ 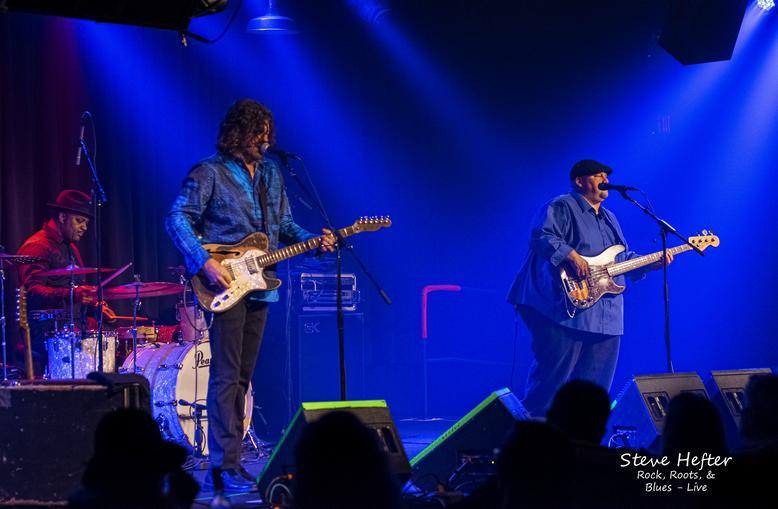