The Allman Betts Band is ensuring that the road goes on forever.  Appearing at The Birchmere on October 26, 2020, the famous sons of three of the original six Allman Brothers Band, Devon Allman, Duane Betts, and Berry Oakley Junior, along with John Ginty on keys, Johnny Stachela (guitar), John Lum (drums), and R. Scott Bryan (percussion and vocals) make up the current line-up. Beginning at the end of 2017, after mourning the loss of both his parents, Devon was ready to get back out and play. Through several incarnations, that included the Devon Allman project, it all culminated with Devon and Duane inviting Berry Oakley Jr. to join them - and The Allman Betts band was formed. Continually touring to hone their sound - until Covid hit - the band has put out two albums: 2019 saw the release of Down To The River and Bless Your Heart, released earlier this year. The writing took place on the road, mainly Devon and Duane working on new, original tunes. They also invited Stoll Vaughn, currently the head of A&R for CUT records and having toured with John Mellencamp and John Fogerty's 'Words and Music' tour, Farm Aid, Def Leppard, Journey, Shooter Jennings, Marty Stuart, Robert Earl Keen, James McMurtry, and Don William.

The band opened with several originals and Devon forged the way with his unique vocal stylings.  The band has a full, rich sound. John Ginty on keys is an unmistakable part of the band's sound.  In my opinion, Johnny Stachela is the hidden gem in the band.  Taking most every slide part in each song, he can make the SG he plays sing! Speaking of singing, Johnny also did a fair amount of the vocals.  He is the backbone of the band's unique sound, and is extremely talented.  Devon has let his hair grow and leads the band through most of the singing, with the exception of several songs sung by Berry Oakley Jr.  His vocal talent is evident within seconds of the songs he sings solo, primarily while playing the keyboard.  Watching Duane Betts play it is remarkable how much he sounds like his father. He has a similar poise and stature on stage to Dickey.  His guitar playing is a definite reminder of the ABB sound, and overall, fits well with Devon's sound.  At some point world renowned sax player Ron holloway joined the band for a few tunes. It is always a thrill to hear Ron sitting in with a band. The first time I experienced that, he was sitting in with the ABB at The Beacon Theatre. As far as I can remember, the band only played a few Allman Brothers Band tunes: "Melissa", and "Blue Sky". The latter I caught on video which you can watch below. I also videoed one of their originals, "Carolina Song" from the Bless Your Heart album, which is below as well. There is no doubt that the band has all the right players, the talent, and the names to draw large crowds. While the first couple of recordings are pretty good, I would expect the guys to break through and hit new highs with upcoming recordings.​​ 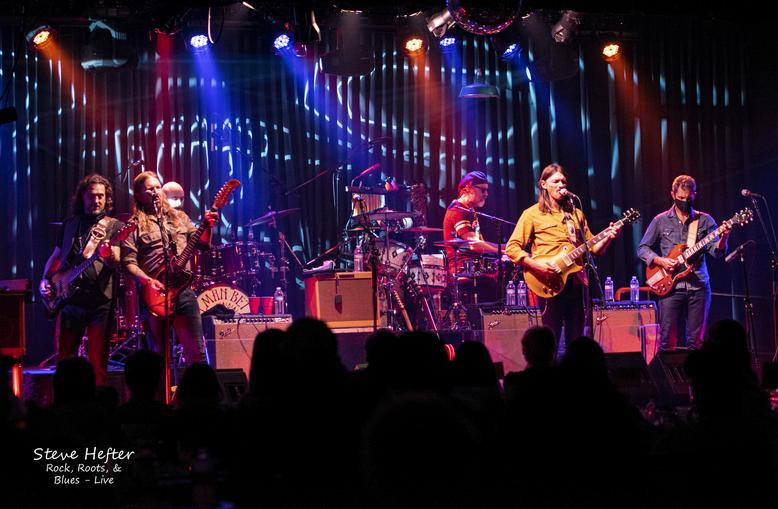