​Tab Benoit is becoming a true blues legend. With his thin-line telecasters plugged directly into his amp - he doesn't resort to using any toys or effects to create his unique sound - only his fingers!  Having seen Tab numerous times now, I am still amazed that he seems to get better each time I see him. With his long time bassist Corey Duplechin and drummer Terence Higgins, this is a trio of amazing talent. Tab summons a level of energy that leaves one to believe that he truly loves to play. And he does.

The raw, heart-felt sounds he creates with his guitar and his perfectly in-line vocals, combine to literally blow you out of your seat! His talent is off the charts! He can sing ballads such as "Sunset" with the same feeling and soulfulness as his rockin' tunes like "Medicine" (from the album of the same name), "Night Train", and his covers of tunes like "I Put A Spell On You".  Although beginning as a drummer (and a stand-up comedian), Tab was made to thrash his guitar.  He leaves every audience I've been a part of feeling elated and not wanting the show to end.  Tab is also hilarious - his musical breaks are filled with very funny, off the cuff stories.  Tab is a true performer.​ 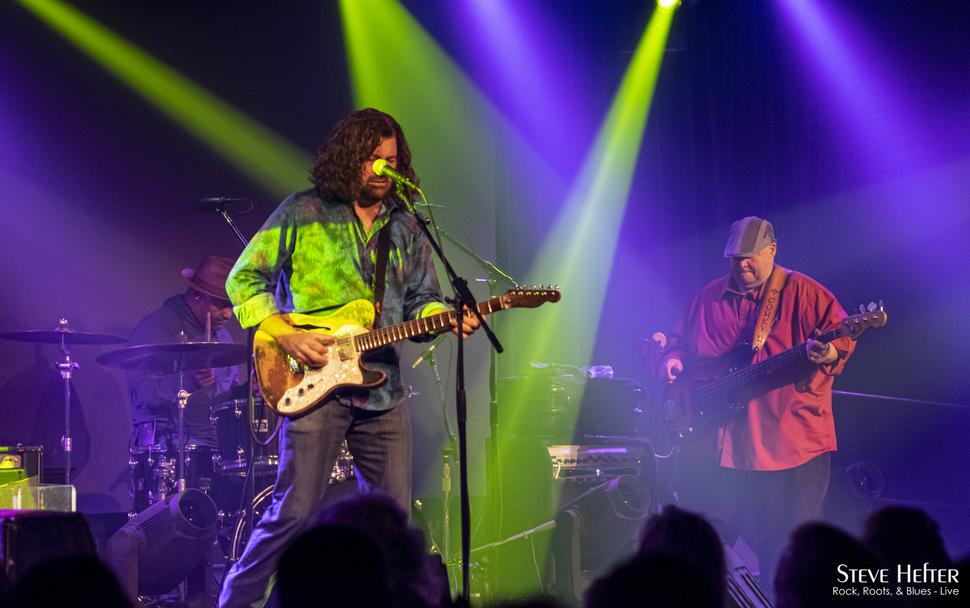