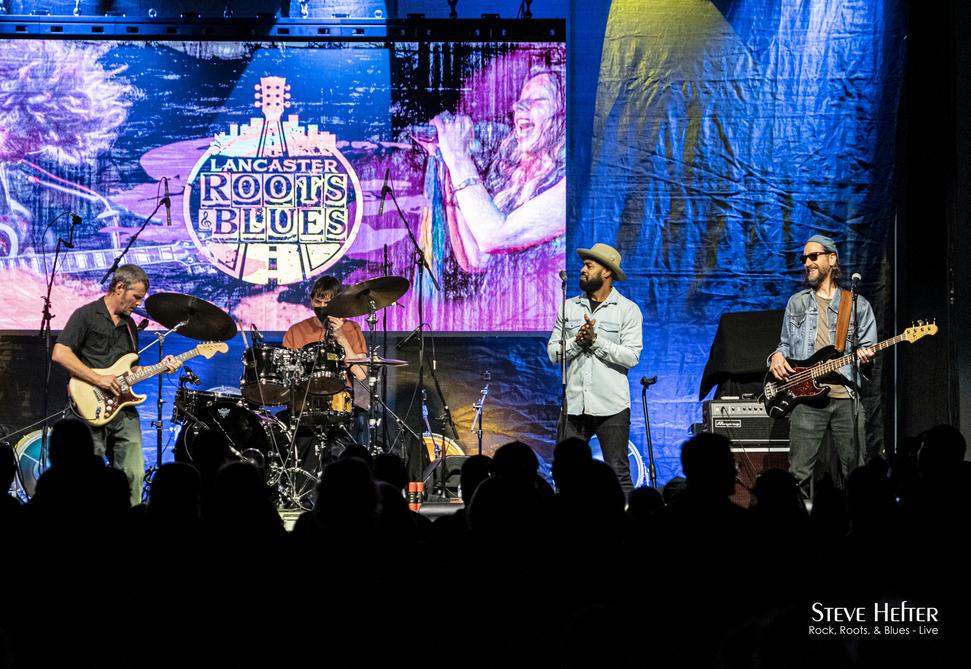 ​​The Lancaster Roots & Blues festival in Lancaster, PA turned out to be a great self-contained, local music festival.  One of our absolute favorite group of musicians - The North Mississippi All Stars - packed the main room at the festival, which we were lucky enough to have attended.  A weekend of music with 80 bands playing in eight different venues. Luther Dickinson (guitar, vocals) and his brother Cody (drums, vocals), while relatively young, have proven themselves to be top notch writers, performers, and even producers.

Currently touring with Lamar Williams Jr on vocals and, these guys know how to write and play roots music from the soul. At the time of this writing, their latest album was inspired by an old roll of film Luther found and had developed. On it were photos from 15-20 years ago from spots alll over the southern U.S.  It's hard to put into words just how talented these brothers are.  Luther can do almost anything on the guitar.  From heavy rock, to sublime roots music, he has all the bases covered with his talent.  Cody is a top-notch drummer with a great unique vocal sound.  These guys were born into a musical family and were destined to be great.  They certainly have filled that bill, and then some.