​​A definite must-see at the Lancaster roots & Blues festival was Eric Gales.  Having see him a few times already I knew what to expect: a hard driviing, rock & roll guitarist with a message.  Eric is being spoken about as one of the best guitarists out there now, and I think, deservedly so. Eric is so powerful, in his singing, his playing for sure, his movements, and even his stories. It would be hard not to be intrigued and interested in Eric and his music.

Eric plays a right handed guitar upside down, and not even tuned for a lefty, but strung as a right handed guitar. It makes watching him play, something you need to get used to...strings being bent all backwards....but - he can wail on that guitar!   His talent is undeniable.  I look forward to seeing and photographing Eric many more times in the future.​​ 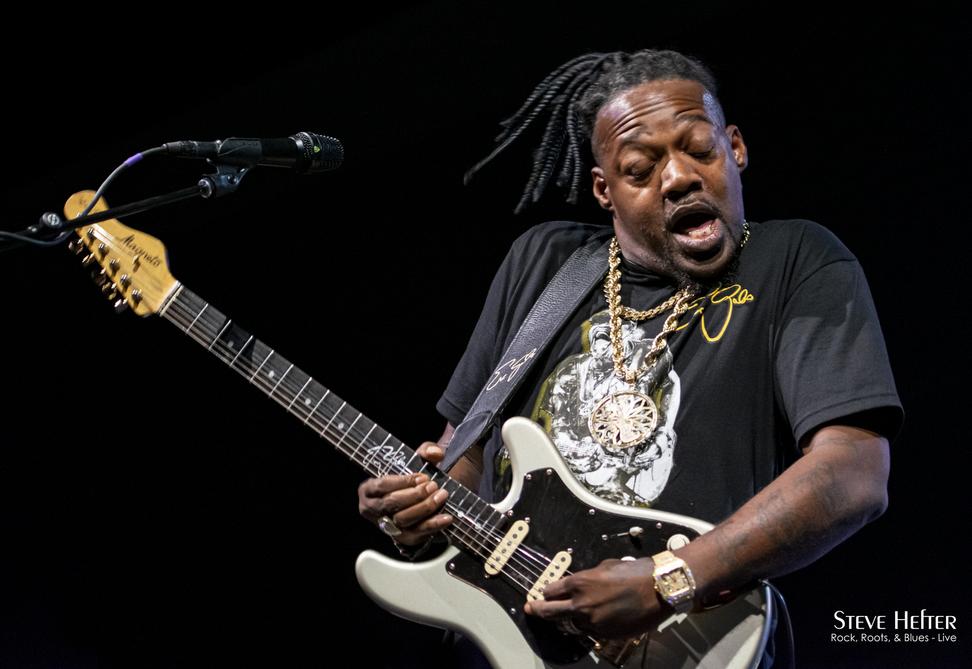