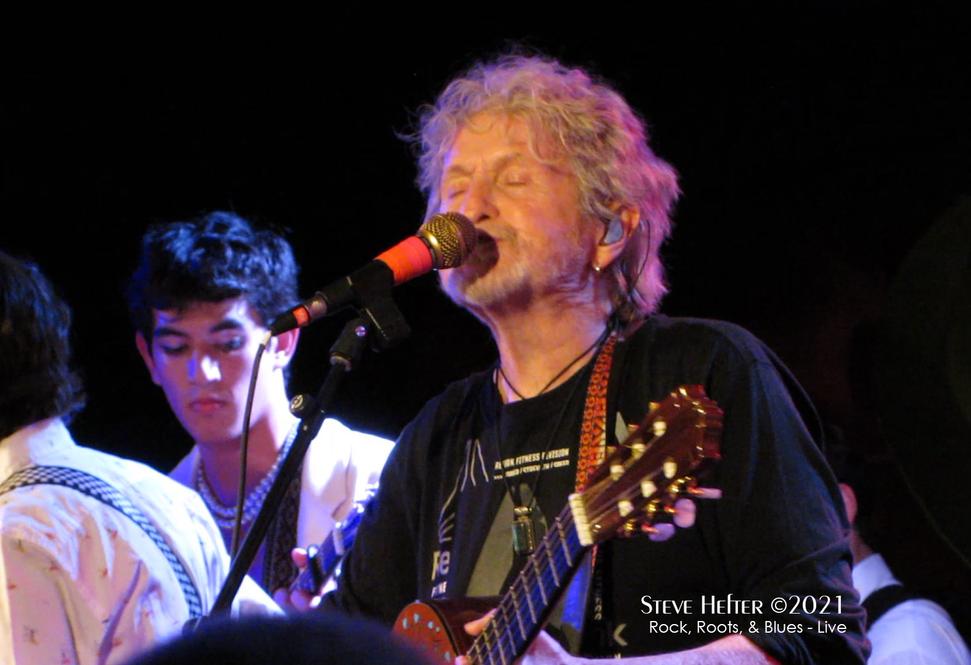 I went to see Jon Anderson, legendary singer of the band Yes.  What I saw was Mr. Anderson performing with 20-25 teenage want-to-be musicians studying with the Paul Green Rock Academy.  Paul Green is the founder of the School of Rock.  The hit Broadway musical that gave rise to stars like Brandon "Taz" Neiderauer..I was less than impressed with them, and Jon Anderson. While still having his unique sounding voice has lost a bit of his abilities.  I took some shots with a point and shoot camera.​