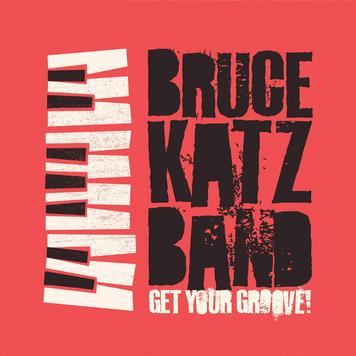 The BRUCE KATZ BAND - “Get Your Groove!” CD Release Party

The show kicks off with “Hesitation Blues”, the first song on the CD, and

Bruce Katz on B-3 and piano, Chris Vitarello on guitar and Ray Hangen on drums raise the level of anticipation up a notch or two.

The next song was the title track to their 2016 recording “Out From The Center (Hippie Song)”. One of my favorites, an outstanding instrumental that showcases the improvisational and dynamic range of the band.

Bruce then gets right into the title track of the new CD, “Get Your Groove!”, with Bruce taking the band and audience along on a classical blues piano ride.

When they launched into “Make Things Right” everyone there could rest assured that these guys had everything covered. Taking on current events with any degree of optimism is no easy feat.

Following the blues standard “Blues Before Sunrise”,  Bruce introduced an Allman Brothers song, “Stand Back”. Having a history of sittin’ in with The Allman Brothers Band, and playing in three of their offshoot bands, Bruce is very familiar with the repertoire and usually includes an ABB song in his sets.

The next song was Zone 3. By way of introduction, Bruce explained that after you pass thru Zone 1 and Zone 2, you get to Zone 3. And Bruce took everyone along for another ride on another classic Bruce Katz B-3 blues.

Next, Bruce went back to his 2000 release for “Three Off The Ground”.  It’s a BKB stomper!

Bruce was momentarily undecided as to what to play next, but pretty quickly settled on River Blues from the new CD, as Chris mused about setlists. It’s a slow blues in a style that goes back to Ronnie Earl.

What followed, “Don’t Feel So Good Today, is a real foot-stompin’ boogie-woogie barn-burner. Throw in a journey through the complete history of blues (and a little rock and jazz) piano styles, and everyones’ out of breath at the end. The audience is getting a workout. [Warning: A BKB show can get you up and moving, resulting in a higher heart rate.]

Bruce talks about one of the great keyboard and B-3 players, Billy Preston, and Chris’ son, Danny Vitarello is called up to play drums on Billy Preston’s “Will It Go Round In Circles”, and does a great job playing with dad, and helping drive the band.

For the finale, Bruce introduces “Freight Train”, another song from the new CD. It is in honor of Butch Trucks, the legendary Allman Brothers Band drummer whom Bruce worked and played with for many years. He says he thinks it is a song that Butch would have liked to play. The fact that they had been planning to record a live CD together with The Freight Train Band here at Daryl’s in that winter of 2017 gave the performance added meaning. This song is another instrumental classic. Hopefully some groups on the jam-band/festival circuit will start playing this one, along with “Out From The Center”, and give them the light of day that they deserve, and give them their rightful place in the genre.

The Bruce Katz Band put on a great show, and Daryl’s House Club is a very good place to see, hear, and enjoy music. Both are highly recommended.

Please check out this video of “Freight Train” By Bruce Katz Band at Daryl’s House Club, 7/19/18. Video by Wendy Gioia.