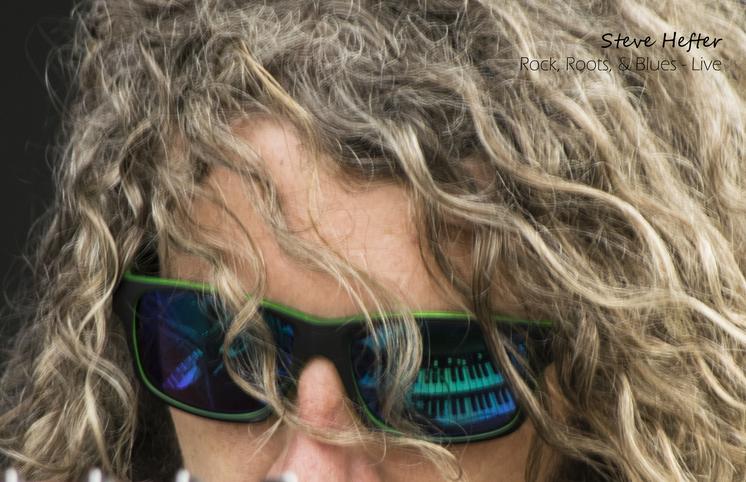 ​The Chesapeake Bay Blues Festival has become an annual ritual for blues lovers in the Maryland, DC, Virginia area since 1998. This year's lineup was filled with well known musicians as well as up and coming acts. I went to the first day of the festival, Saturday May 20, 2017. The headliner that day was The Mavericks, but I went to catch Samantha Fish, Walter Trout, and for the first time, Toronzo Cannon . The festival supports several charitable organizations each year. This year, We Care And Friends and Special Love were the recipients of the festival's efforts.

I arrived as Sweet Leda was finishing their set with Ron Holloway sitting in on sax. She was followed by a band called Frank Bang and the Cook County Kings. Though I had never heard of them, they showcased a hard-driving set of guitar based blues. Frank “Bang” Blinkal was in Buddy Guy's band for five years backing up the legendary blues man and toured with the great B.B. King. They put on an impressive set of edgy blues. Following Frank, the audience was treated to a fantastic set of Chicago-based blues from Mr. Toronzo Cannon. I was impressed with his stage presence and showmanship but mostly with his distinctive hard-driving guitar playing and vocals. All his material is his own, and he has no problem getting the crowd's attention and making them part of his set. I will be seeing Mr. Cannon again very soon. Samantha Fish and her brand new band hit the stage at 2:45, right on schedule. I've seen Miss Fish numerous times with her trio, and while I was skeptical, I was impressed by the powerful sound of her new band. They feature a two-piece horn section and a keyboard player, as well as drummer, long-time bass player Christopher Alexander, and of course, Samantha on guitar. Not only does the new music from her recently released album Chills and Fever sound great live, she has reworked her older tunes to fit with the energy of the new band. There was a real rock-n-roll feeling to the band. They had the crowd cheering, dancing, and appreciating the passion on stage. This passion feeds directly from Samantha Fish, who is in total command of the band, her guitar playing, her stronger than ever vocals, and right now - her career. Miss Fish is a rock star. Legendary blues man Walter Trout came on next. While technical difficulties plagued the first few tunes, once Walter hit his groove, there was no turning back! Walter Trout has recorded numerous albums and has been playing live for decades. After nearly loosing his life prior to receiving a liver transplant, Walter Trout is enjoying every minute on stage, and it shows. Each time I see him play I am amazed by the level of energy he has! It's as if he could play all night and not loose a step.

This was my first time at the Chesapeake Bay Blues Festival, but it will not be my last. A special nod to the organizers of the festival, especially Mr. Don Hooker. It is a very well run event with fantastic lineups year after year.