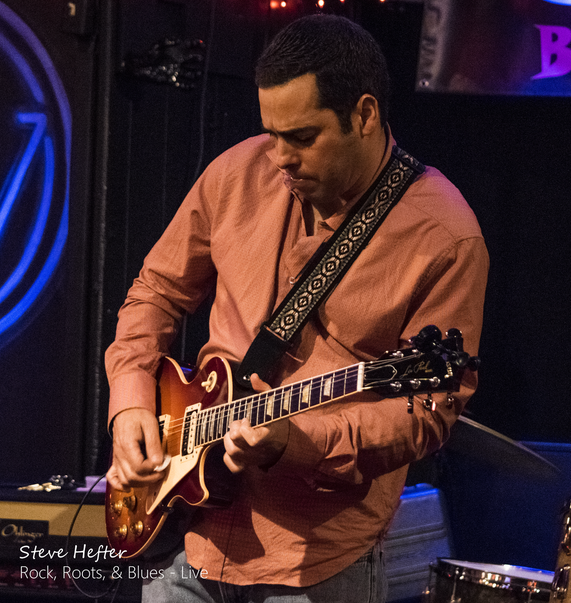 On March 22, 2017, Albert Castiglia made one of his frequent appearances at JVs Restaurant in Falls Church, VA. Any time Albert is playing near by I make a point of going. Albert is always on another plane. While clearly in his element on stage, Albert brings a raw, powerful style of playing. His latest release, Big Dog, has produced a series of blues hits. Make no mistake, Albert can play. He earned his chops playing with the legendary Junior Wells, and he has carried on the tradition of playing straight ahead blues. Albert loves interacting with the crowd, saying to the dancers on the floor, "The solid gold dancers got nothing on you!". Albert gets people's feet a-tapping and their bodies moving. It's hard to sit still at an Albert Castiglia show - even if you wanted to. On Big Dog, he collaborated with Mike Zito and did a number with Cyril Neville. All indications are that Albert is not about to slow down, in fact, he is just hitting his stride. If you get a chance to see Albert - don't pass it up!