TAUK, a band I had never heard of, opened for Lettuce on January 6th and 7th, 2017 at the 9:30 Club in Washington, D.C. TAUK is guitarist Matt Jalbert, bassist Charlie Dolan, keyboardist/organist Alric “A.C.” Carter, and drummer Isaac Teel. Heavy on instrumental jams, TAUK proved more than capable of opening for a band of Lettuce's stature. They played a fantastic opening set. The crowd was on their feet bouncing to the infectious, intelligent jams through the entire set. You'd have thought there were more people on stage, as the four of them were able to fill the club with a full, in-depth sound. Matt Jalbert took center stage with his free-flowing guitar riffs. Isaac Teel on drums is special. He has a unique exacting style, is extremely talented, always seeming to know right where he wanted to head without the need to pause and regroup. His solo was one of the highlights of their set. I look forward to catching TAUK's full show and I  expect them to rise to the top of the jam band scene very soon.​ 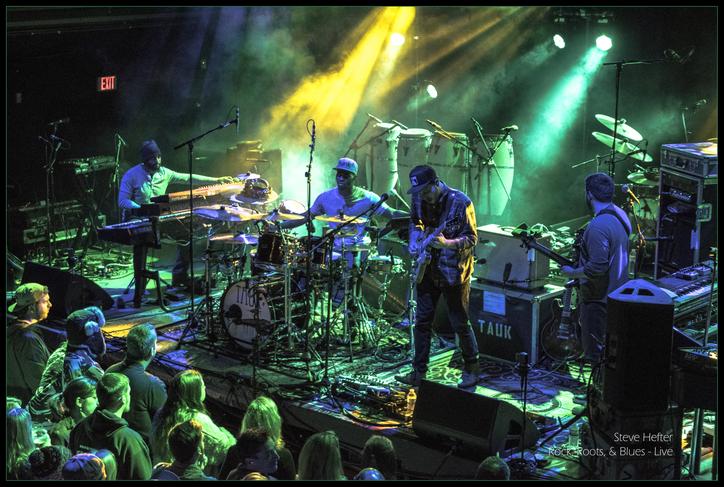