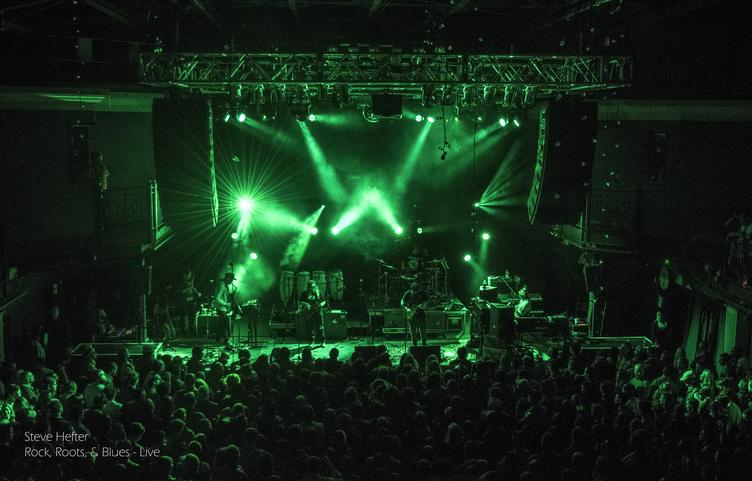 On January 6, 2017, I got my dose of veggies when Lettuce played the packed 9:30 Club in Washington, DC. This was the first of two shows by the jam/funk band who've been together for close to 25 years. Lettuce is wound tight. Clearly comfortable with each other musically, they powered through tunes that spanned their long career. Diving heavily into their latest release, Crush, which is only the fourth studio album produced by the band, Lettuce put on a high energy show featuring all the members, with the noticeable exception of guitarist Eric Krasno. Drummer Adam Deitch, guitarist Adam Smirnoff, bassist Erick “Jesus” Coomes, keyboardist and vocalist Nigel Hall, saxophonist Ryan Zoidis, and trumpet player Eric Bloom found their groove early and stayed plugged in with the audience all night. Nigel Hall is a natural leader. Not only is he a top-notch keyboard player, his funky, full-range vocals shine. Having finally seen Lettuce, I now know why they have built such a loyal, grass-roots following over the decades. Their talent combined with a true passion, and their unique brand of funk, results in a full-on sensory experience.